San Francisco was an absolute blast, but there was still so much of California that needed to be seen! On the third day of our stay in CA, the three girls got in our car and started our trek down to Los Angeles via the Pacific Coast Highway (how Zoey 101 of us, eh?).

Selfies to start the trip! Yippee!

It was a gorgeous day to drive down the coast with the windows down. The breeze felt so lovely and the scenery was so green!

The mountains were never-ending!

There was no way we could make the 11.5 hour drive without stopping at a few landmarks. My mom wanted to see Big Sur more than anything, and luckily it was open! This area of the highway had experienced a mudslide a few weeks prior to our trip, so we had been nervous of highway closures. As you can see here, much of the highway was off limits.

We should have played the lottery that day.

The drive to Big Sur was breathtaking. The transition from mountains to beaches was flawless and they intertwined so beautifully. We stopped at so many viewing areas and each one had its own uniqueness to it. Here are a few of the photos from the road to Big Sur.

How much would you pay to live there? 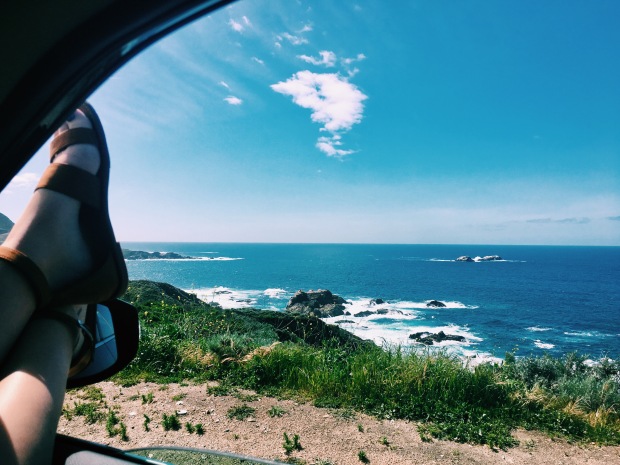 Alli yelled at me because I took approximately 50 photos of my feet trying to be artsy.

To the right was beach, to the left was this.

No filter! (ok maybe one or two but whatever)

Me being dramatic pretending I’m in a music video. 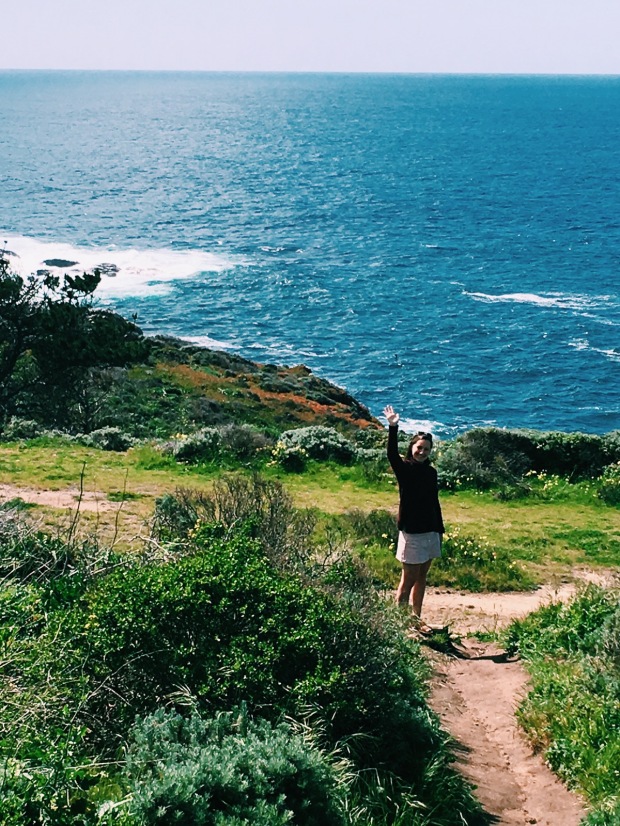 Waving to my fans at home

Not going to lie, when I watched this video for the first time I cringed because it looks like my mom is going to drive us right into the ocean!

Along the dramatic turns on the iconic highway came one of the most spectacular sights I have ever seen. We had finally made it to Big Sur. The photos do not do this landmark justice. Standing at the edge of the cliff and seeing it with my own eyes was something I will never forget.

Further down the highway was the Big Sur Lodge. It had a campground feel and no cell phone service. When we arrived at the lodge we were starving. Lucky for us, the Lodge had a restaurant that sat along a brook called the Big Sur River Inn Restaurant. We ate outside and enjoyed burgers while the birds above us flew around as if we weren’t even there.

Those onion rings though. 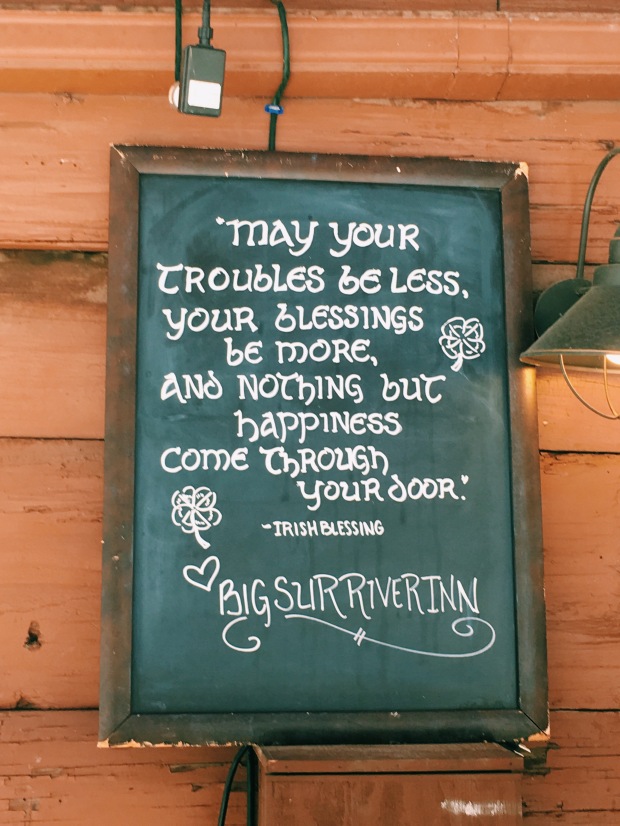 You have a day too, Big Sur.

After lunch we did some modeling by the brook. Please don’t ask. I don’t know.

Not sure what I was trying to accomplish.

At this point we still had seven or eight hours left of the drive. We drove through many more mountains until the landscape opened up into grass fields. We saw part of the sunset while we drove through a farm just about two hours away from our final destination. The radio stations fizzled in and out, and the exhaustion set in. Once the sun set we were just about in Los Angeles. I decided that I needed In N Out and I needed it to be the In N Out in Calabasas because we were in LA now and it was time to pretend I was a celebrity. When we got to Calabasas the feeling of being in LA really set in. I was in the same vicinity as all my favorite celebrities! At 11pm we pulled into In N Out and ordered the best burgers we had ever tasted in our lives. It really is true that In N Out is a MUST GO TO attraction in California because there is nothing like it! 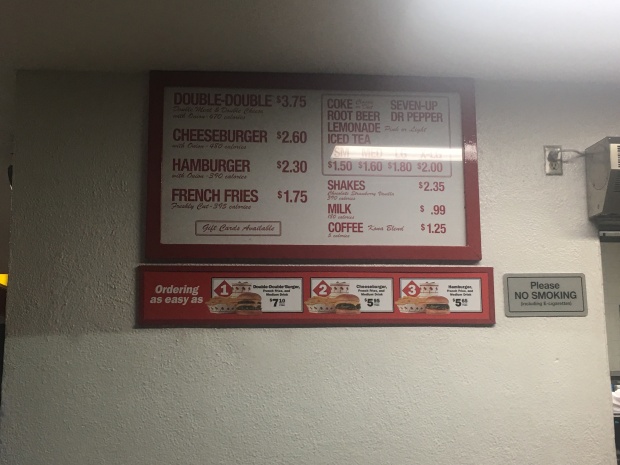 After we devoured our burgers we drove over to LAX to drop off our rental car. We then took a shuttle to our hotel where we would sleep soundly knowing that our tour of LA County was just a few hours away.

One thought on “Coastal California: SF to LA”